New York is a city with a strong deli tradition. It is therefore quite surprising that Zagat’s highest rated New York deli is a Montreal-themed place named Mile End. I suppose there’s no arguing when comparing a chewy Montreal bagel with its bulky and stiff New York counterpart. Throw in a Wilensky special, smoked meat sandwiches and matzo ball soup and you can’t go wrong. But that’s not what drew me to this restaurant. I wanted to see if the high Zagat rating translated to a perfect poutine.

Right off Atlantic Avenue in Brooklyn’s Cobble Hill, Mile End differs from your average Jewish deli. Don’t expect the retro fittings, crammed shelves and noisy service of Schwartz’s or Ben’s (or Katz’s). Instead, you get a cozy-yet-welcoming minimalist Scandinavian atmosphere, white walls and varnished blond wood. A few jars of artfully displayed pickled vegetables in the window provide a nod to more traditional delis.
END_OF_DOCUMENT_TOKEN_TO_BE_REPLACED

Yes, it’s possible to get poutine in New York City. Here’s the scoop on a few places. 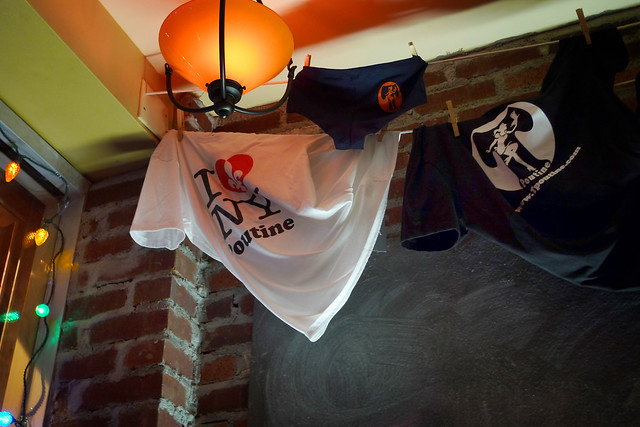