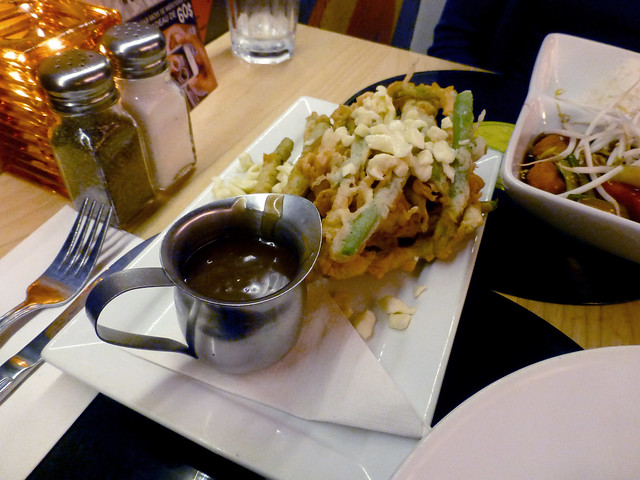 Fries: The “fries” are deep-fried green beans in tempura batter. Consequently, they are less satisfying than fries. The tempura batter is nice, crispy, not too greasy. The green beans underneath have a hollow texture and taste. I’ll give it points for the novelty factor, but there’s no point trying to outdo a good fry. 17/30

Gravy: The “home gravy” comes on the side, which is a nice touch. It’s a bit bland, and doesn’t taste all that different from a slightly watered-down version of what you get out of a can. You certainly can’t fault it for being too salty. 32/50

Cheese: Tiny tiny chunks, straight out of the fridge, and not enough to go around. 8/20

Verdict: Interesting as a novelty experience, and almost feels like a wholesome and healthy version of poutine, but you’re better off getting the real thing elsewhere.